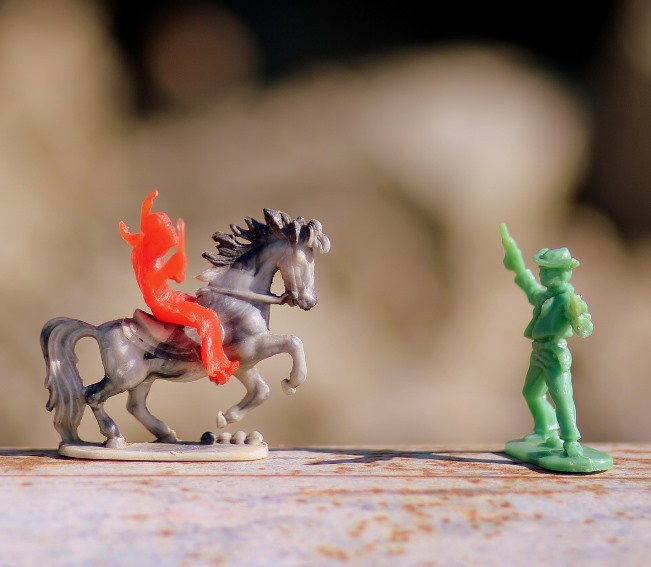 “You know, when (we) played cowboys and Indians with our friends, I always wanted to be a cowboy. I was in junior high when I realized a guy could be a cowboy and an Indian at the same time.” – an Indian character in Anne Hillerman’s Rock with Wings

Okay, cut from Navaho cops in New Mexico to Karima, circa 1976, in Spokane, Washington. A follower of Ruth Reynolds / Swami Atmanishtananda Saraswati, I was participating in a guided meditation in our beautiful Vedanta Yoga Center, a peaceful place full of bright color, natural light, and soothing darkness.

Forms of this meditation are familiar to many: In a place of your own choosing, you walk along a path or road, alone, full of peace, enjoying the beauty of the natural setting. You have encounters along the way which later become clues to the meditation’s meaning. The outlines are given, but each person’s imagination fills in the details. The culmination is climbing a small mountain and meeting with a Wise Being in a cave.

So here I was, about to see my wise being. At the time I had a strong visual imagination and the whole journey had seemed very real, a movie in my head. I looked up slowly, full of reverence and anticipation and saw . . . a cowboy. Being from Nevada, I saw a real cowboy, not a movie one. He was small, spare and tough as leather. Years of sun and wind had marked his face. He had the hat, the boots, the whole nine yards. I thought, “A cowboy?? That’s ridiculous!” My mind utterly rejected this incongruous image. It had no place in my Hindu-style spirituality, hours of daily meditation preceded by hatha yoga and pranayama breathing practices, training and discussions with my teacher and fellow chelas, the worldview of the Bhagavad Gita and the Upanishads.

Still within the movie, I closed my eyes for a moment, bowed my head for a reset, looked up and saw . . . an Indian! Cool!!! This guide was kindly and wise, and the vision proceeded as desired, answering my questions, giving me next steps that I needed.

I was only 23, remember. It took me quite a few years to realize that the Cowboy and the Indian were the same guy. Om Hari Om, Ya Fattah, and Happy Trails. Washtay!